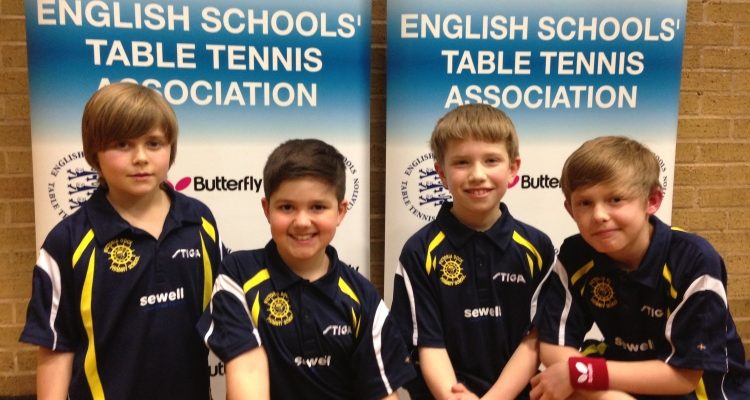 Pupils from Victoria Dock Primary School are celebrating success this week after competing in the ESTTA National schools table tennis finals this weekend and winning the tournament to become the top team in the whole country.

“Iam unbelievably proud that the table tennis team have won the national final; they worked so hard for it, and thoroughly deserved it. At Victoria Dock we believe as well as education, children need opportunities to get involved in extra curricular activities. They make friends, learn to win humbly, lose graciously, it develops team spirit. They learn that if you practice and are committed you can achieve anything. We’ve got a really talented team here; they’ve really excelled with the help of coach Shane Bradley and his assistant Luke, as well as developing the right attitude and behaviours in the classroom.”

Graham Atkins, Sewell Director said: “As a partner and supporter of the school it is wonderful to hear the news about the boys successrnover the weekend and we are undoubtedly very proud of a local Hull school becoming National Champions.”