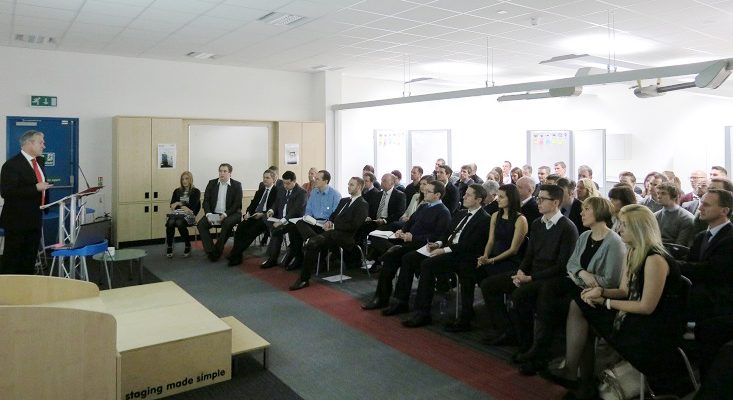 Best Company and it shows

Sewell Group has once again secured its three star status as an ‘extraordinary’ company to work for.

The news was revealed during the Sewell Group’s 2013 Convention Week, a week long programme of events and activities aimed at celebrating the company’s successes last year and outlining plans for this year.

Each year, Best Companies surveys staff from participating organisations. Companies can choose to take part in the employment survey without being put forward for the Times Top 100, which is what Sewell Group has done and this is the fourth year the Group has retained its three-star status.

Managing Director Paul Sewell said this year, the business will look to expand its working area into the whole of the Humber area and into North Yorkshire, as well as continuing to work on the Building Schools for the Future programme. Paul said:

“We want to take what we do well in Hull and the East Riding further. This year is going to be a good year for the Sewell Group. It is hilly out there but there is one way to approach a hill, you attack it and you drive at it. That is what we are going to do.”

The Group, which recently re-launched its retail brand, Sewell On The Go and redeveloped its Hull West Service Station, has had a very successful year with the completion and hand over of four major construction projects; Thomas Ferens Academy, Endike Primary School, Malet Lambert School and Bransholme Health Centre.

The company has also invested significantly in its technology infrastructure, implementing an intranet for its Facilities Management customers and promotional systems across its twelve fuel and convenience stores in and around the city. Paul continued:

“What we think we do really well is find innovative solutions and so we are looking to expand that to new partners. It is the family companies that are driving on and that is important. When I look at our success over the past ten to 15 years, it has been about our culture. We know who we want to be and who we are. It is not easy but we will trust our culture and the loyalty of our customers.”

Chairman of Hull Esteem Consortium Richard King also shared his thoughts on the Hull founded company and what makes them unique, he said:

“I am rapidly learning that there is a lot more to Sewell than just great buildings. It really is exceptional. The company has consistently been voted onto the Sunday Times Top 100 companies to work for, thanks to its robust employee engagement programme. The fact the Sewell Group has now been informed it has retained its three-star ‘extraordinary’ status from Best Companies, suggests it would have retained its top ten status.”