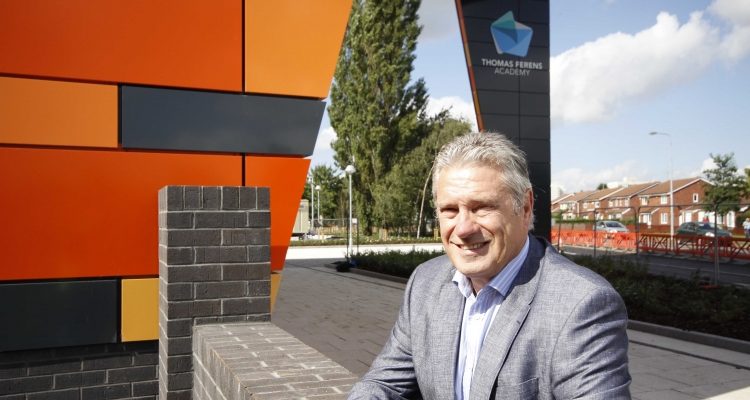 Sewell Group to launch one of a kind programme at the Arc Centre.

Sewell Group is to launch an exciting new initiative that aims to spark leadership action within the organisation. The one of a kind programme at Sewell 360 (formerly known as the Arc Centre in Hull) will house a variety of events and networking sessions, along with staff and community training programmes, all focusing on leadership best practice.

Paul Sewell, MD of Sewell Group, a Sunday Times Top 10 Place to Work, believes the programme will be of massive benefit to his workforce. He said:

“When Sewell brought David Miliband to the YIBC a couple of weeks ago he spoke about a gulf in global leadership, I think he was absolutely right; Hull is a micro version of the global picture. We live in times where people in senior positions are dealing with issues that have never presented themselves before, people would rather someone else went first then step into an area of uncertainty themselves.

At Sewell we have often taken that first step, sometimes it’s paid off and been of huge benefit, sometimes it hasn’t and we’ve had to pick ourselves up, brush ourselves off and try again. We delivered the first PFI School in the UK at Victoria Dock, the first Older People’s Healthy Living Centre for Age Concern, we developed the first Skills Academy for the young people. Sewell 360 will be the first leadership centre for our people, but in true Sewell style, we’ll be sharing this with our partners, other businesses and the community.”

“Leadership is a mindset, an attitude that inspires action in others. Sewell 360 will encourage people to ask questions to become better leaders in whatever walk of life they may come from. Jim and Richard are two inspirational people fitting to kick off these discussions.”

CatZero was a programme launched in 2009 that set out to tackle the NEETs problem in the city. It was viewed by many as a challenge too great to overcome, but led by Jim, CatZero has gone from strength to strength and has inspired over 300 young people to find a job or enter education or training. Paul said:

“Jim made a challenged vision become a reality with CatZero. That programme is a local example of leadership at its best. Jim inspired support and action to tackle a difficult problem.”

“Richard understands how to turn the Tom Peters theory into practical use and shares this with others in easy to understand ways. He leads a worldwide consulting and training business that makes a real difference to organisational success. He’ll be a great speaker.”

With limited places available and a great line up, people will need to register their interest early to guarantee a seat. Jim Dick said he’s expecting a full house on 9th as it’s such a hot topic.

“I’m sure there’s going to be a lot of interest once word gets out. Sewell 360 is relevant to people from all walks of life; leadership is everyone’s business. You don’t need to be in a management position to lead, at some point everyone will need to encourage collaboration to get something done, so the skills are transferrable to any sector. It’s great to be involved in another programme that will inspire action across the city.”

Richard King said:
“This programme could discover individuals who are willing to take a lead to make a real difference, for Sewell and for the city. In Tom Peters we call these people ‘lead frogs’, they’re the people who emerge willing to address things that need tackling, they jump first and jump furthest.

Sewell is a typical ‘lead frog’. They’re only a small piece of the Hull jigsaw but they are prepared to do something first, to inspire action for a common interest. The timing couldn’t be better; with the City of Culture Bid and the recent launch of the City Plan everyone should get behind this programme and collaborate to move the city forward.”