BLOG: Why a Facilities Manager should want things to go wrong!

Is a quiet day in facilities management actually a good day?

A Facilities Manager calls in to their helpdesk team and asks how the day has been. The response – “It has been a good day, nice and quiet with no major issues”.

In a general day-to-day conversation, that would almost be the expected response. But is that really a good day? It might be an easy day, but is it good for business, good for the brand and good for customer retention?

If your customer is used to receiving above expected levels of service, this quickly becomes the new benchmark, effectively raising the bar on the expected quality of service. So how do you then continue to impress and continue to deliver above the now heightened expected level?

What if a good day is actually when something goes wrong? How does that impact on customer satisfaction long term? It all depends on what happens next. 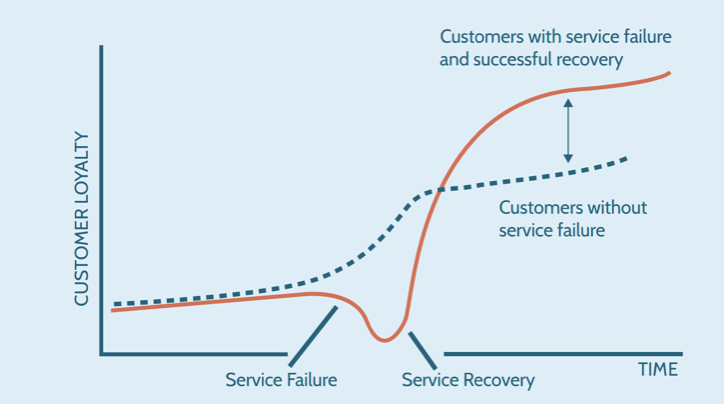 Once a service failure has occurred, there is a short window of opportunity to not only retain the customer but to create a raving fan. This means to actually increase the customer’s loyalty beyond where it would have been had the failure not occurred.

That is known as the service recovery paradox.

In search of continuous improvement, we had a customer service benchmarking visit to a top Scottish hotel where the General Manager told a story of service failure. One evening, the hotel was hosting a large corporate dinner and, towards the end of the meal service, the organiser sought out the Service Manager to inform him the wrong dessert had been served.

The Service Manager quickly acknowledged the error and apologised. But, ultimately, it was too late to rectify the mistake. However, upon hearing about the error the following day, the General Manager took as many of the correct desserts as he and his chef could carry, along with some champagne, to the offices of the company whose function it had been. That company has held its Christmas party at the hotel every year since.

To ensure the paradox plays out, there are some points to note. It is crucial that the failure is recognised quickly. Run towards the issue, not away.

Perception is a reality, so this is not the time for excuses or explaining your position. Acknowledge the failure, empathise with how the customer is feeling, apologise, and go above and beyond in correcting the failure.

Only 4% of customers complain, so when they do, seize the opportunity to bring them closer to you. The actions taken in service recovery may attract a cost. But this should not deter, as it is widely acknowledged that it costs five times as much to attract a new customer than to keep an existing one.

Next time one of your team celebrates a quiet day, take a minute to consider if that really is a good day, or actually a day without a chance to create a raving fan.